Some Alpha females seek to maintain their Alpha status at all costs, while some would prefer to relinquish their titles when they come home and take on a more subservient role in their romantic relationships. I tried to establish in my earlier post about Intellectual Alpha Males that I was of the latter group, but I’m not sure many noticed, or understood.

You see it sometimes in television and movies, especially when they are portraying more counterculture relationships. My first thought would be of an old episode of CSI (the original) where a man’s wife has completely emasculated him by forcing him to take on the Beta role, so he goes to an S&M club (run by Lady Heather) to take on an Alpha role (It’s an old episode, one that still had the actor William Peterson, the one who played/plays Grissom).

Well the same works in reverse. Sometimes people who like to make decisions all day, people who are forced into a more dominant, Alpha role, prefer to just let go and not make a decision for a while. It’s partly what the whole S&M world is based on, I would imagine.

Now don’t go jumping to conclusions; I don’t have a dungeon tucked away in my tiny little apartment, nor do I frequent that scene, but the concept of choosing a partner who could take a more dominant role does greatly intrigue me. And if you’re easily offended, you should leave this post right now; this one isn’t for the faint of heart. 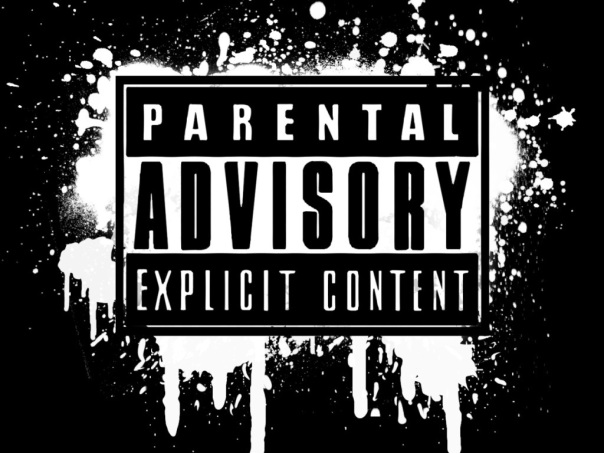 You see the dominance factor in fiction, too. In the title of this post, I mention Ayn Rand. She happens to be a favorite author of mine, for a multitude of reasons: I appreciate her philosophy of Objectivism (although I think it’s been taken out of context a lot and perverted by some of her supposed “intellectual heirs”), I like her style of writing, and I love her sense of romance!

I tried to explain it to the Boy and his friends (the ones who used to tease me at breakfast on Sunday mornings) and they most decidedly didn’t get it. In fact, it became a thing they teased me about. Not my fault they didn’t understand it; they wouldn’t let me explain it better before they made it a juvenile joke. Of course, that is what boys do when they are uncomfortable with a thing, though, isn’t it?

What I tried to explain to them was this: In The Fountainhead, there is a character by the name of Dominique Francon (she is the love interest of the story), who has a reputation for being hard to love. She’s a virgin when we first meet her, and not for lack of trying (on the part of the men), but because she has yet to meet a man who moves her, who makes her feel something. So when the guys try, she is like a cold fish, and they are turned off by her lack of passion for them.

That is, until she meets our hero, Howard Roark. When she first meets him, he appears to be a common laborer, but he is so well defined physically and appears to be so capable at his (temporary) job, as if he were a god of the quarry, that she is immediately enamored with him and tries to find a way to have him in her presence. He sees through her ruse, and later comes back to see her, and they have a vicious fight that ends in him overpowering her and taking her virtue.

Afterwards, she walks around feeling not only empowered, but she is madly in love with the man because he was able to read what her actual intentions were and fulfill her desires. Here she is, this powerful woman who has been just violently taken by what she thinks is a simple quarry worker, and she feels like a school girl with a crush that no one knows about.

Now there have been critics that say this is proof that Rand approves of rape, but that is not the case. And I, for one, completely understand Dominique’s point of view.

There is something inherently sexy about the power struggle of flirtation.

Women are designed to be monogamous, but men are not, especially not traditionally Alpha males.

Over the centuries, this has changed somewhat, hence my belief that modern day women are wise to choose an Intellectual Alpha over a traditional Alpha, but the mating ritual is still the same.

And the power struggle between two Alphas, in this case specifically a male and a female, is the sexiest way to enter into a relationship… well in my opinion anyway.

If you can take it to the next level and make a guy really want you before he ever gets to have you, it’s even more fun. Isn’t that the goal? To make him want to chase you?

It’s a form of intellectual foreplay, if you will. If it’s done right, the first intimate encounter shouldn’t last very long (or so I’ve been told). But if he’s worth it, he’ll make it up to you later.

It’s like a verbal sparring match with a slightly naughty undercurrent. You bring the conversation to a particularly naughty place, but not quite indecent, and then bring it back to a safe place, and do it in a way that makes the other person wonder if it was intentional or accidental. In that way he’s thinking about the things he’d like to do, but doesn’t know if it’s appropriate to actually suggest them.

And that’s how it begins…

That part is relatively easy, I think. But as I was explaining in that post about seeking Intellectual Alpha Males, for me it runs a little deeper than just the flirtation. I don’t want to be raped, but like I said, I do want a guy who can “put me in my place” when I’m wrong. I have to respect him enough to be willing to do that. He has to prove to me that he is my better in some way.

I say in the title that Ayn Rand perverted my sense of Romance because that type of behavior (the domination of Dominique) is seen in her other works as well. In Atlas Shrugged (which has been made into a three part movie, and the third part isn’t out yet…), our heroine, Dagny Taggart has an affair with a man, Hank Rearden, who does not love his wife; the wife is absolutely only with him for his money, and in the end, she (the wife) purposely tries to ruin him.

After Hank and Dagny’s first intimate encounter, Hank gives her this speech about how he thought she was above this form of desire and he loathes himself and her for having done some apparently pretty kinky things (Rand is too classy to give details):

“…You’re as vile an animal as I am… Yesterday, I would have killed anyone who’d tell me that you were capable of doing what I’ve had you do. Today I would give my life not to let it be otherwise, not to have you be anything but the bitch you are. All the greatness I saw in you–I would not take it in exchange for the obscenity of your talent at an animal’s sensation of pleasure…”

And after another paragraph or so of beratement, she laughs at him! She doesn’t feel shame because, in a way, the person you choose as your partner is a reflection of your own self-worth. In fact she tries to make him understand:

“I want you, Hank…That is all I want, Hank. I want you in my bed–and you are free of me for all the rest of your time. There’s nothing you’ll have to pretend–don’t think of me, don’t feel; don’t care–I do not want your mind, your will, your being or your soul, so long as it’s to me that you will come for that lowest one of your desires… You don’t have to fear that you’re now dependent upon me. It’s I who will depend on any whim of yours. You’ll have me any time you wish, anywhere, on any terms… I will sit at my desk, and work, and when the things around me get hard to bear, I will think that for my reward I will be in your bed that night… If I’m asked to name my proudest attainment, I will say: I have slept with Hank Rearden. I had earned it.”

As odd as it seems, that seems ridiculously romantic to me. They deemed each other worthy, and they wanted each other in a way that made Hank, usually a man honest to a fault, break his marriage vows (which is wrong, you shouldn’t do that, but this is fiction). Her gift to him was her body, because she deemed him worthy of having it. He was an alpha male worthy of her obedience, her subservience. Not all the time, surely, but definitely in that one realm: the bedroom.

I want a man who makes me feel like that: that I would be willing to be subservient to his wants and desires. 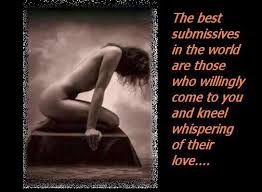 But it also means that I take rejection pretty hard. When I find a man who I deem worthy, and he doesn’t feel the same about me, it is a pretty hard blow.

I think, subconsciously, this was a part of the problem I had with the Boy. When he suddenly decided he didn’t want me anymore it hurt; I had chosen him, and he pushed me away, without explanation, causing me to feel unworthy. It was a blow to my ego and my pride, and I could not make him understand why it bothered me so.

But this is why:

I had chosen him, believed him to be an Intellectual Alpha Male worthy of my subservience, and he rejected my gift, and thus literally rejected me.

Whether it was love or not, I don’t know, but the rejection hurt. But I’m healing, and I’m figuring myself out in the process.

17 thoughts on “Why some women have rape fantasies, or How Ayn Rand perverted my sense of Romance”