It has occurred to me that 2014 has been a very tumultuous year for me and some of the other people in my inner circle. I’ve been through a couple of really difficult relationships, and been on a number of first dates. I’ve nearly quit my job. Twice. I’ve spent a goodly amount of time in the hospital or at the doctor’s office. I’ve moved out of my apartment… not entirely by choice. I’ve had more than my fair share of car trouble (the check engine light is on as I type this). The list could probably go on for quite a bit if I really went digging into my memory banks, but I want to focus on the future and how I plan to change this negative pattern.

I have to admit, there’s a large part of me that wants to subscribe to my father’s superstitious nature and just believe that it’s a numerology thing. My dad has this theory about years that have 5’s or 7’s: 7’s are bad years, while 5’s are somehow amazing. He says it’s a Gemini thing. It’s the only astrological/numerological thing he believes in…  at least as far as I know.  By Dad’s logic, 2014 is a 7 year (2+0+1+4=7), so it was destined to be a bad year. And he happens to be right. 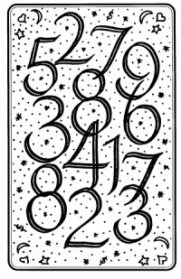 It gets a little tricky from time to time. For instance, my parents married in 1975, which has both a 5 and a 7 in it, so it was equally great and horrible… From what I know of their marriage, it seems pretty accurate: When things are good with my folks, they’re really good, but when things are bad, they’re truly awful!

While I don’t wholly subscribe to my dad’s theory, I do see how there might be some truth to it. It was 2012 when I moved to Houston (a 5 year), and that year was AMAZING! I was making more money than I had ever made before. I met my book club girls. I had this sense of pride and confidence that I hadn’t felt before. I started painting. It was the first time a guy had ever walked up to me and bought me a drink. I made friends with my neighbors, all of whom told me what a great person I was…

It was a really good year!

It’s not definitive, but the evidence is somewhat compelling. So, if Dad’s theory holds, next year should be good, too. Or at least significantly better than this one.

At the moment, I’m in a transitional stage. I’ve been putting more focus on the things that make me happy, like my creative endeavors. I’ve started writing creatively again. I even signed up for NaNoWriMo this year!

And I’ve been painting again. Granted, I just do what I can at the classes; I’m not talented enough to create my own work. I do like what I do, and I generally get quite a few compliments , which, of course, makes me happy. My paintings aren’t half bad, if I do say so myself.

My career focus, meanwhile, hasn’t been so much on my classroom teaching, but rather on my tutoring, which is basically teaching one-on-one, and I LOVE it! I love being able to see, up close and personal, that “A-ha” moment when a child gets it, truly gets it!

The other day, one of my kiddos was working on multiplication (he’s a 4th grader, so I tutor him in all subjects), and the moment he realized that counting by fives was similar to multiplying by 5 was really heartwarming. It left me full of warm fuzzies.

But, I can’t just be a full time tutor. I’d never make my own lessons, and determine what texts to read. I’ll always be stuck working with another teacher’s material. I want to take that ability to experience the warm, fuzzy “A-ha” moment while in the classroom, teaching the texts I want to teach in the way I want to teach it. I want to be able to implement my creativity in a classroom of just a handful of students, but still be able to make enough money that I don’t need a Sugar Daddy to survive.

As it stands, teaching in public school means that all the lessons have to match, and I don’t like the way they’re organized. The emphasis is so much on the test that the kids don’t feel any desire to learn. It’s not connected to their lives, and it’s become so formulaic, that basically you just cut and paste key terms and text into a lesson plan document and call it good. In the attempt to make everything uniform (and “rigorous”), they’ve taken all the fun out of learning.

My mother’s been pushing this idea of teaching from home for a while now. I’ve actually decided this might not be a bad idea. Obviously, there are a few steps that need to happen first. For instance, I need to be in a home first. I’m still enjoying the adventures of hotel living at the moment. For another, there are classes that I have to take in order to be able to do such a thing.

You know, things that require a certain amount of time and money. 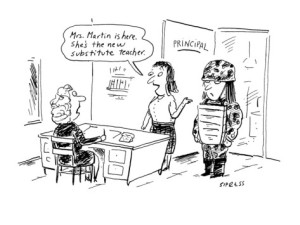 Time I can fix: I’ve downgraded from a full fledged teacher to a sub. Initially, it was so I could check out some other schools, and find where I fit. That plan still works if my new idea doesn’t work. The sub thing means a decrease in pay, but I’m making up the difference with the tutoring job.

So here’s a crazy idea: crowdfunding. You know, like Kickstarter. I stole the idea from a long time friend of the family. His crowdfunding plan  through GoFundMe.com came up in my Newsfeed on Facebook, and it seems like such a great idea.

So I created a page to help me fund my next adventure: home based teaching.

The thing I like about the GoFundMe site is that, unlike Kickstarter, since it’s basically charity, if you don’t reach your goal, it’s not going to keep you from getting the funds that have been promised you. As such, I listed an amount that was kind of high because it would help me get into the necessary certification programs and help me pay off some of my medical debt from this past year. If I don’t get the full amount, no harm done! I’m still working the two jobs, but if this could expedite things a little, that would be refreshing! 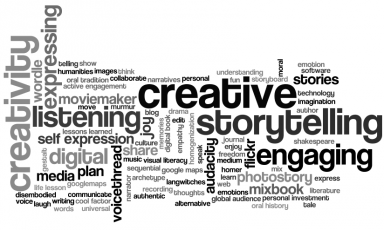 I have a dream of teaching from home so I can have the freedom to teach the way I want, with creative lessons that aren’t taken from some bland educational assembly line. I would start with just teaching online from home, but several people have spoken to me about turning it into a full-fledged home school situation.

It’s a long term goal, but I think it’s doable. The first step is paying for and taking the necessary classes. I’ve already got the time, now I just need the funds…

And while you’re perusing the GoFundMe site, check out my friend’s page as well. I obviously can’t give him any money at the moment, but if I can send some philanthropic people his way, then I’ll be happy. He, too, is making a transition in his life, and I wish I could help him more.

3 thoughts on “Next steps.”