So I went to see Christopher Nolan’s new flick Interstellar the other day with a friend (the Artist, for those of you keeping up with my social life), and I really enjoyed it. When my friend asked me what I thought, I was unable to initially tell him because I wasn’t sure. There was a lot to process.

And in a world where everything from information to gratification is instantaneous, this could leave a few people wanting from this movie, as seen by the review I happened upon this morning. The author, one Nico Lang, claims that there are 7 very obvious (to him) reasons that people should avoid this movie.

Well, Mr. Lang, I disagree with you!

I won’t admit that his reasons aren’t somewhat valid, but I think he is making too much of them, or is unappreciative of what Nolan is trying to accomplish with this movie.

I’d like to take a look at some of his key points, but in doing so will probably drop a spoiler here or there, so if you haven’t seen it yet, but intend to do so, you should probably leave now.

For the rest of you, who either don’t care about me ruining the plot of this movie for you, or who’ve already seen it and are trying to decide what you think about it, let’s just jump right into Lang’s list:

Lang argues that the music is a distraction instead of an effective tool for setting the tone of the movie. Alright, I’ll give you this one. It was a bit loud in some places…maybe a lot of places, and his point about it covering some of the important dialogue is very valid, but that doesn’t make it ineffective.

Music has been used to manipulate emotions since before written history. Some theories about Homer’s the Iliad and the Odyssey suggest that Homer was just the person who finally put them on paper, but that they were lyrical poems before they were written down. It is a good vehicle for passing on information because it’s catchy. A good rhythm gets caught in your head (like that damned Nationwide insurance commercial). It can make you feel good, or get a message across (remember that Macklemore song about gay rights?). If it was ineffective we wouldn’t have a multibillion dollar music industry in this country alone.

Even as infants, we can appreciate music, otherwise there wouldn’t be lullabies.

So, like it or leave it, music is important, and the music in Interstellar is good at manipulating the mood of the situations on the screen. (But I will agree it was too loud in spots…)

Again, not entirely wrong. There are some issues with the dialogue, I’ll give you that, but with a piece that’s being touted as “hard science fiction,” as in the science shown is based on real scientific discoveries, he did a pretty darn good job of introducing the information to a non-science minded audience.

Why does Coop, played by Matthew McConaughey, need an explanation about wormholes even though he’s an ex-NASA pilot? Because he’s an ex-NASA pilot, who’s area of focus seems to be the machine side of things, not the sciencey side of things. Plus, the average everyday person is probably curious why the wormhole is in the shape it is portrayed in this movie, which is not the traditional, flat hole-like shape seen in every other movie with a wormhole.

Why does Coop need to explain to his young daughter the very basics of relativity? Because the average American has an attention span of 8 seconds. That’s 1 whole second shorter than a goldfish. So even if you’re afraid of the spoilers, it’s possible that you’ll have forgotten every spoiler I’ve mentioned before you even finish reading this post! It is imperative that we be reminded of the science from time to time, especially in a movie where the American people (and probably all the people of the world) have given up on science in favor of agriculture…

Could that be the future we’re headed towards? Maybe that’s one of the messages in the movie. I know it’s the thing that made me the most nervous about this movie.

Granted. I’m not even going to argue this point, but then again, I’m learning that I can’t write good female characters either. Men are easier, maybe because they are simpler creatures. That’s not intended as an insult, but men tend to be task oriented. That makes writing them a whole lot simpler:

Man has goal. Man encounters obstacle. Man creates a plan of action to overcome obstacle, and he is either successful or not. The end.

Anne Hathaway’s character, Amelia Brand, is torn between the science, which is her life, and her lover. It’s an emotional conflict, and not just an obstacle: do they go to what appears to be the best choice? Or follow her feminine emotions? I think the bigger problem in this scene is that Nolan reuses the line John Lithgow said to Coop. In so doing, however, he shows that Coop has evolved enough to realize this is not a simple there and back again kind of mission.

Also, for those of us good at spotting the twists, it’s an obvious sign things aren’t going to go the way they should because Coop has given up his ideals… Just saying.

And I’m not talking about drugs, but rather that all characters are flat background characters behind Coop and Brand, and maybe even Jessica Chastain (the grown up version of Coop’s daughter, Murphy).

Nolan could have taken all the background characters out, but then we’d have a remake of Gravity, but with wormholes instead of space junk. Or, he could have spent way more time developing each individual character’s story, but then an already long film would have become torturous (or more so, if you didn’t enjoy it to begin with).

I think an argument can be made that the characters weren’t meant to be as important as the message and the science. We’re looking at a future where the Earth is trying to cast us off. Others have approached this subject: Vonnegut (one of my favorite authors) commented (badly paraphrased by me here) that global warming was effectively the Earth running a fever to get rid of a disease: human beings. Interstellar shows a similar future, in which the Earth is trying to starve us out.

When John Lithgow, Coop’s father in-law, comments about his generation being a group of people who just want more stuff, it’s fairly obvious he’s talking about this generation, or possibly our children’s generation. We want things, and we want them now! No waiting… including our entertainment. We don’t want to have to work for it, or heaven forbid think about it…

I’m not going to waste time on this one. Lang wasn’t paying attention or else he’d have gotten it: NASA was publicly defunded, but became a black ops kind of organization. This was explained. And Coop was the only pilot who had been in a real flying situation, not just a simulator, obviously making him the best option, even though he was retired. More than once it was shown that Coop was not meant to be a farmer, even the joke at the end between Coop and his elderly daughter recaps that.

See what I mean about not being willing to work for our gratification?

Lang has an issue with the fact that Nolan uses mythic and allusory names:

“Amelia,” like Amelia Earhardt, who, as some may remember from history, was the first woman pilot and who disappeared, not returning home or making it to her destination.

“Murphy,” as in Murphy’s Law, a character who happens to be the central figure in a constant “anything can happen” sort of scenario.

“Dr. Mann,” who was, as Hathaway’s character describes him, “the best of us.” He ends up showing the true nature of man, and it’s not exactly the best of anything…

If you’re at all literary minded, it’s kind of an Easter Egg of sorts.

If not, you probably won’t/didn’t even notice.

It’s a frigging black hole! An object popular to science fiction that we can study from afar, but that is not safe up close and personal. We don’t know what happens in it. It’s ALL theory! It is the perfect place to hide a solution, even if it is a little deus ex machina.

It serves the bigger message well: We are facing a possible crisis if we continue to live as we do, whether by destroying our planet, or by dumbing down our citizens through instant gratification until we require help from a third, otherworldly party. Don’t want to spoil the movie? Hide the solution in a place that no one would think to look.

The fact that people are bothered by the need to process a movie in order to fully enjoy it proves my point a bit. Had I read Lang’s review earlier, I would have skipped this movie, and I feel that I gained some perspective about humanity from it. There was a time when the message was an important aspect of our movie-going/television-watching/book-reading experience. 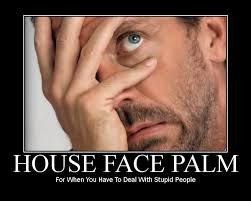 When reviewers destroy a movie through negative criticism because the film requires some cerebral activity in order to enjoy it (even if it’s weeding through the unnecessary repetition of information… see # 2), it contributes to the problem. Stop dumbing down the population! If you don’t get a movie, admit to that, but don’t try to convince people that thinking about a movie is a bad thing. Sometimes you gotta work for your pleasure, thinking it through and mentally digesting it to get the full enjoyment.

3 thoughts on “Why I don’t read reviews until after the movie: An attempt to save Interstellar”