I’m not sure I can truly say these facts are “random” since I am the one deciding which facts to share. There are things that I just won’t share, and yet some of those questions are ones that, I imagine, would come up if I were to take requests from random people. Instead you get a selection of the 12 questions I would be comfortable answering. Thus, totally planned, and not at all random.

1. I am adopted. This isn’t exactly a new fact, but it is the most important fact about me. It really has defined who I am in so very many ways! For instance, like I discussed on Day 1, it means I’m open-minded because I don’t really see race. I see  the personality of a person before I see the outside.

2. I have a fear of failure. Through my own self-evaluation, I’ve learned that this is somewhat due to my adoption. The way it was explained to me was that I was “chosen” like a car or a new toy. I’ve also heard other parents say this to their adopted children, or about their adopted children. In fact it is the most accepted ways of explaining adoption to children who don’t have a grasp on what it really means. 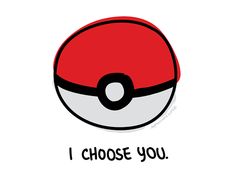 Well, Stop It! Being chosen like a car means you can be un-chosen if you don’t meet certain expectations! Perhaps it’s just because my father has this fascination with cars which means he trades them in fairly regularly, buying one clunker to fix up and then trading it for a different one that looks a little cooler or takes a little less work, but whatever the reason, being chosen was a burden for me…especially after my parents had biological children of their own.

Suddenly there were these other children who looked like them and who (as normally happens with younger kids) became the center of my parents’ world, pushing me aside. Without the reassurance that I was a permanent fixture (as bio-kids would be), I never could decide if my parents treated me differently because a) I was a girl, b) I was the oldest, or c) because I wasn’t really their child.

Which brings us to:

3. I have a bit of a self esteem problem. I need to be reminded that I matter. This manifests as one of my love languages, but also is important in the workplace. I need to know that I am valued. And I need this reminder pretty regularly. When it is lacking, especially in romantic relationships, I become very anxious… and there is definite evidence of that in my relationships we’ve seen on here. 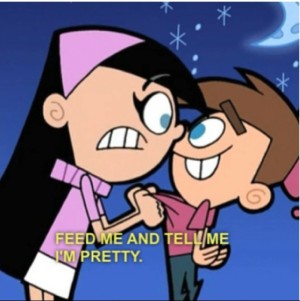 4. I’ve spent most of my life in smallish towns. I grew up about an hour from Austin and an hour from Killeen, TX. This was close enough to go into the city if I wanted to go shopping, but far enough away that I never had the “inner-city” experience. Then I went to college at a larger town, that was big enough that I thought (at first) that I was in a big city. I transferred to another college in a small town about an hour and a half from Dallas, again close enough to go party on the weekend, but far enough that I wasn’t distracted. I finally came to Houston, and loved it, but am now (temporarily) outside the city…way outside the city. I hope to be back in the city before the end of this 30 Day challenge.

5. I’m a beginner foodie. Oddly enough, when I lived in the smallish town near Dallas, I threw more dinner parties than I did when I lived in the city. I think this might be because I knew my apartment wasn’t up to par with the places my friends were accustomed to. I didn’t want to show that I was in a slummy place. It wasn’t bad, but it definitely was a starter apartment. The point being, I love food, but I haven’t had as much experience with the different kinds of food that are out there. And I’m out of practice with cooking for myself or a group. It’s only been in the last year or so that I was introduced to the wonderful goodness that is Thai food, and I wouldn’t know how to even begin to cook a curry…though I find them mighty tasty!

6. I used to play the saxophone. In high school, and very very briefly in college, I played with the band. I was relatively good, too. My private tutor said I should have been higher up than I was, but c’est la vie.

7. Also briefly in college, I was the editor of the school newspaper: the War Whoop. As such, I got to meet the members of Train, and interview the director of Blow, Ted Demme, along with a handful of other really cool perks. I really miss that job.

8. The shortest job I ever had was as a midnight clerk at an Allsup’s convenience store in Abilene, TX. The day after I quit, the store was held up during what would have been my shift.

9. I was a late bloomer when it came to dating. I didn’t date in high school. I think maybe I went on one actual date. I was hit on by the older brother of one of the guys I went to high school with during (I think) Junior year, but he got huffy with me about tearing out a blank page out of my journal to give him my number. This seemed ridiculous to me, and I wasn’t particularly attracted to him; thus my ridiculously high standards were born.

10. I have really high standards for who I date. Obviously there have been a lot of frogs in my dating life, but I have really high standards for the ones who make it beyond the first date. I’m picky enough that one of my fellow teachers actually asked me if I wasn’t perhaps being too picky because I wouldn’t meet my own standards. I’m pretty sure she was talking about looks… I was not.  See number 1 and a variety of older posts if you don’t know what I mean.

11. I can definitively say I’ve only had my heart broken twice. One was during my first attempt at college, and it was someone who wouldn’t continue to date me because of who I’d dated in the past; my past experiences somehow tainted me. That broke my spirits because I really really liked that person.

The other was the Boy. The expectation was there that it was going in a positive direction, and then he pulled the rug out from under me. Then instead of giving me a chance to heal, we tried to stay friends, which was impossible because we had never been just friends before. Now we’re trying a friends thing, and I’m not sure if it will work. It’s still not a “just friends” thing, but as long as he makes me feel pretty and valued, it might work for a while.

At least until I find someone who does all those things for me.

I ended up in the hospital over it. At the time, I lived on the third floor of the dorms. I called my mom to come take care of me while I was sick, and all I could do was roll over to vomit and then cry myself back to sleep. She called the ambulance, and they had to carry me down the stairs to get me to the hospital. I was there overnight, if memory serves.

Then, once I was re-hydrated and back in my room, my mother did all my laundry for me. It had been so long since I’d done the laundry, that the easiest way for her to get it all out of the room was to bundle it up in a sheet and shove it out my window to go crashing onto the sidewalk below. I would have laughed if I hadn’t strained every stomach muscle I had trying to purge my body of the haggis…

Easily one of my funniest and yet most traumatic memories.

13. I once had a gay friend of mine try to seduce me at 4 in the morning because he wanted to try “straight sex.” If that’s not funny enough on it’s own, I didn’t get the hint until he had crawled into bed with me and started running his finger up and down my arm. I was really clueless! I keep telling people that I was totally sweet and innocent once upon a time…

I know that’s more than twelve, but we’ll call it a baker’s dozen and call it good. Once I shared the Haggis story, I couldn’t not share the “straight sex” seduction story, but I couldn’t bare to remove any of the other facts.

I cannot wait to see what tomorrow’s post will bring… I should do more of these challenge thingies! 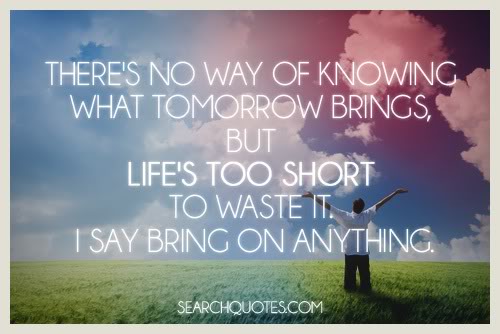 1 thought on “Day 3: A Dozen Random Facts About Me”