So prepare yourself for my Guilty Pleasures!

I really like this show! That “How you doin’?” is sometimes all it takes to make me smile. Plus, she’s just so…real, as my kiddos would say. She doesn’t sugar coat things; she tells you exactly what’s on her mind. She also does a few things that are particularly Oprah-esque, like giving everyone in the office whatever object is being featured on her show. 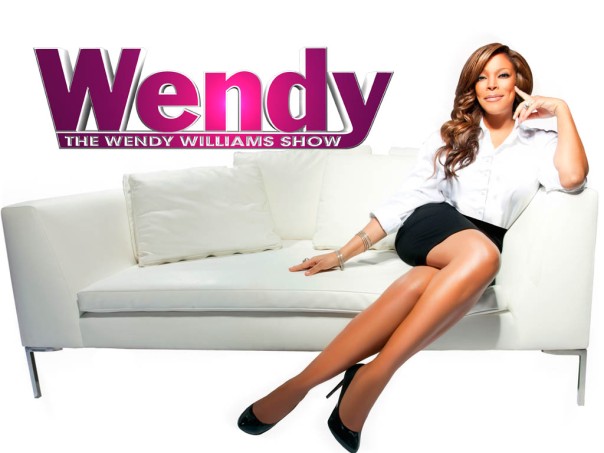 And she’s a tall, slightly masculine female who embraces her femininity, giving hope to those of us who feel like we aren’t allowed to be feminine because of our size and somewhat masculine shape or features! I wear a size 10 1/2 (sometimes 11) shoe. I have no booty, but am decidedly top heavy. Finding clothes is almost impossible! But between Wendy Williams and RuPaul, I feel like I can be fashion forward, in spite of my giantess frame.

Which brings me to the next guilty pleasure:

No one can make you realize that you are a strong, fierce woman like a drag queen! And RuPaul is the Empress of Drag Queens!

Does your job have you down? Are you worried about giving in and quitting? Having drama with your office nemesis? RuPaul has some words to say about that.

And nobody wants to upset Mama Ru…

Got a date that you’re nervous about? Not feeling particularly pretty? Need to remember your inner Bitch Goddess Supreme? Look to a Drag Queen for inspiration!

Drag Queens are fearless; the lifestyle kind of requires it. I find this both inspiring and entertaining, and I’m sorry, but I am so NOT sorry for liking this show!

I can’t always afford to go shopping for the hottest fashions so I can look as fierce as my favorite Drag Queens. Actually, even if I could afford to, I have a very finicky allergy to some fabric or dye that I have yet to determine it’s source. Going to the mall is a challenge for me. Sometimes I can go to any store and shop successfully, finding great fashion finds with no problem at all. Other times, I go from store to store, looking for the perfect date night dress, or work outfit, and instead of finding a fabulous fashion find, I end up with my hands itchy and swollen. I mean HUGE!

No warning. And as it isn’t an immediate reaction, I don’t know what fabric, dye, or store causes the problem.

So instead, I “window shop” online. One of my favorite sites for this is Polyvore. It allows you to make your own look book or your own paper doll of sorts, AND you can shop the styles you find!

While we’re discussing things online, I have a huge bad habit of checking out my exes online. I think this is only normal, but I might take it a little further than I should. Like, I still occasionally check out the Artist’s Twitter and Facebook, but also his Tumblr so I can see if he’s making any progress on his dream of becoming a Comic book artist.

So far, no such luck, but I keep checking. 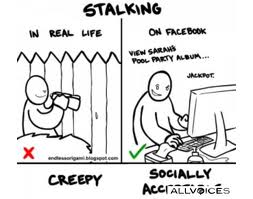 Since lying is one of my only deal breakers, it doesn’t matter. I’m just curious if he’s ever going to be honest about things… or if he’ll realize he made a poor choice (See? I am trying to overcome my self-esteem issues).

If you missed it above, that’s the Rockeater from The Neverending Story. I love that movie and have whole sections of it completely memorized.

I also have a serious soft spot for Jim Henson Muppets and movies from the Henson studios (which I don’t think Neverending Story is, but I might be wrong). First of all, my late grandfather was named Jim Henson (my uncle and cousin, too). Although he wasn’t the famous Jim Henson, we sometimes joked about it, especially when telling other people about my family.

Secondly, the Muppets on Sesame Street and Fraggle Rock were key elements of my childhood development. I even had books from both. The Monster at the End of This Book is a classic! 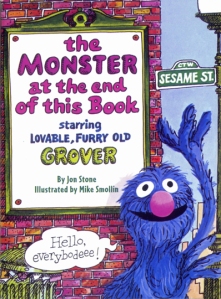 So if you can’t quote The Labyrinth or The Dark Crystal, better start packing buddy! This girl’s gonna get bored with you fairly quickly!

In fact, just this week there was a weird smell in the hallway at my school, and the teacher across the hall from me did what I thought was his best Ludo impression:

I replied by calling him the “Prince of the Bog of Eternal Stench!”

He didn’t get the reference…

I must have looked extremely disappointed because he spent the next half hour coming into my classroom every few minutes to guess what movie it was. When he finally got it, he apologized and said he’d only seen it once or twice.

Once or Twice?! It’s a classic! How can you not watch it til you have the whole thing memorized? Every bit of it is awesome!

Except those weird things that can take their heads off… Those things are scary!

And I think that’s it.

There are a handful of other shows and movies that I love to watch, but I don’t consider them guilty pleasures. If you’ve followed this blog at all, you know I have a huge obsession with Doctor Who, Firefly, and Star Trek.

Maybe I should be embarrassed by my geekiness, but I’m not. I’m more embarrassed about my love for the Wendy Williams show, but I think that’s because she’s from New Jersey and there’s just something unsavory about that whole state.