My roommate has a habit of introducing me to movies that I wouldn’t normally consider watching. The one that she had me watching til the wee hours of the morning this time was well worth the watch! I don’t think I’d heard of it until she turned it on, but I’m glad she did.

Warning: Spoilers beyond this point!

The movie is called Belle and it’s basically the interracial version of Pride and Prejudice, but with an important historical backstory.

Belle, actually named Dido, is the daughter of a slave woman and a Royal Navy Captain, and is raised by her father’s family as a young lady, as in the wealthy British type of “lady,” and not just a young female with good manners sort of lady. Her uncle, who raises her while her father is at sea and after his death, is an important member of the courts. Seems he is portrayed as the British version of the Supreme Court, all nine judges in one.

Dido’s father leaves her with a sizable fortune, and thus she has no need to marry, while her cousin Elizabeth is left penniless. As the girls go in search of husbands, their uncle is hearing an appeal case concerning the slave ship Zong and it’s massacre of 132 slaves, supposedly to save the rest of the crew due to a lack of water. For more information, as it is a true story and apparently a major factor in the abolishment of slavery in England, you can check out the case study here. (Interestingly enough, I’d heard of the case before because I had to read The Interesting Narrative of the Life of Olaudah Equiano: Written by Himself for a class in college, but had no idea of the love story hidden behind the scenes.)

Dido ends up falling for one John Davinier, the young (handsome) son of a vicar who wishes to become a lawyer to help change the world. While the more wealthy persons in this movie (including a very crass young man played by the same actor who played Draco Malfoy) can’t help but see Dido’s skin tone and thus look down upon her, even as they are trying to seduce her into marriage to acquire her fortune, Mr. Davinier sees only her beauty, of both the physical and mental variety.

In the end, she is seen as more of an equal, so much so that there is a portrait painted of her and her cousin, with them shown as equals, as opposed to having the black girl look up to the white girl, like all the other paintings of the time. Below is the real painting, which was the inspiration for the movie.

Until the moment I saw this movie, I believed that Mr. Darcy was the paragon of the perfect gentleman, and that the love story between he and Miss Lizzy Bennett was the prime example of how a love story should go. The Pride and Prejudice story most decidedly follows the formula of the Rom Com, and the tension between the two lovers as they both realize their mistakes and their love is palpable! I particularly like the Keira Knightley version, of course, that may be because Matthew Macfadyen is the dreamiest Mr. Darcy, though I hear James Macavoy will play him in the new Pride and Prejudice and Zombies adaptation, and he is mighty dreamy, too!

Having seen this movie, though, I am forced to realize that a love fraught with argument and prideful arrogance only works in the movies (one would think I’d learned that a long time ago with my previous dealings with the Boy). In this movie, the love expressed is a love that sees not only beyond financial circumstances, which are at the heart of the conflict in Pride and Prejudice, but a much more visible prejudicial issue: race. Here is a man, more than one, in truth, that sees beyond the physical, to the soul of the person, and that is so very important!

Now instead of wanting a love like Mr. Darcy and Lizzy, I want a love like that of Dido and Mr. Davinier!

As I watched the film, I found myself staring at an outdated version of my own life….minus the happily ever after.

I know, I know, there are a ton of reasons why this is incorrect:

However, I grew up always knowing that I was the odd duck. I stood out. I don’t look like my family. And sometimes things were said or happened that made me realize just how different I was. 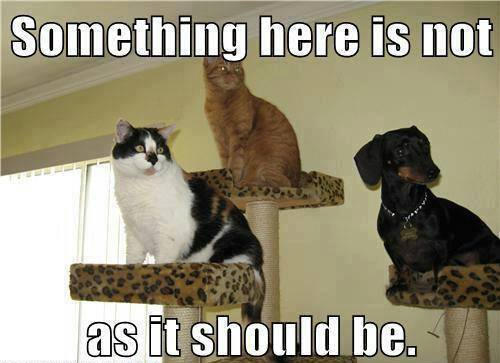 Not by family (well, mostly), but by other people. When you grow up in a small town, being different makes you a target.

There were friends of the family who, without meaning to, would make comments. Like the time I was playing at a friend’s house and we were doing what most little girls that age do, we were playing with our dolls and about to play a game of house, or some such. She found a black baby doll and told me that now I could I play, the implication being that I had to have a black doll because it looked more like me. As I’d always been surrounded by white people, and my dolls were all white, it didn’t make sense to me why I’d need something different.

Or there was the time in the first grade when someone called me the N-word. The boy in front of me, who was so white he burned just thinking about the sun, thought she said it to him. I remember he turned around to ask me if I heard what she called him, and I just told him she was talking to me.

When I think back on it, I don’t remember being upset. I remember thinking it was stupid, and not understanding completely, but somehow knowing that it was just a thing I’d always have to deal with.

As for my family, while they tried to make sure I knew my heritage (Native American), there were a few strange things that never quite worked. Things that stand out as being a little more racist than I’d like to admit. Like the time my great grandfather made a comment about me not being able to sit at the table with the rest of the family if we lived in a more southern state. If memory serves, he’d just had a stroke, so it’s almost forgivable.

Or the handful of very uncomfortable jokes that would occasionally get thrown around at dinner and to which I’d take offense. I remember my family making fun of me because I was being so “Politically Correct.”

Or the time I took AJ home with me. He had proposed, but I had told him he would have to ask for my hand in the old fashioned way. I hadn’t “warned” my family that he was black because it had not mattered to me.

It did not end well…

The way in which Dido’s family treated her when no one was looking, versus the rules that were placed upon her because of her skin struck a nerve, too. Whether or not it was ever spoken, I’ve felt that way before. That feeling that there is a set of rules for me and a separate set for my non-adopted, white brothers sticks out immediately.

And the scene where she looks at herself in the mirror and tries to rub the color off her skin? Yeah, I’ve been there, too. Even now, sometimes when I dream, I’m blonde. It’s really hard when you know that somehow how you look matters more than who you are, and that you are expected to behave accordingly.

Another similarity is the dating realm. The idea that she’d never find a suitable mate, and the crass way Tom Felton’s character makes “exotic” sound like a swear word?

Been there. I’ve been described as “exotic” by men who were interested in “sampling” but not in keeping. So much so that when a man tells me I’m beautiful, I immediately doubt that he has any genuine interest. At that point, all he’s seeing is the external: the color of my skin, or the bounce of my curls, or the fullness of my bosom.

Hence, I instated the conversation test. Never again would I be lured in by a man who told me how beautiful or exotic or nymph-like I was. I needed a man with substance.

I decided I needed a man who could engage in a discussion with me, a debate, and who wouldn’t back down in some weird way just to amuse me. I don’t like being patronized, it is as dishonest as telling me I’m pretty just to get in my pants.

So to see the very issues I felt I’d gone through growing up on the screen, and in an entirely different era was both interesting and frightening to me.

Haven’t we grown out of this? Haven’t we moved past just seeing a person on the outside? And does wanting someone to acknowledge you for you, without prompting, does that make you high maintenance? (The Boy accused me of that very recently. I’m still hurt over it, but am not ready to discuss it yet.)

If I may be permitted a cliche, beauty is not just skin deep. A person’s skin tone shouldn’t be part of what makes you beautiful or what makes you a desirable mate! And sometimes the people closest to us don’t realize how their opinions and actions can affect us, especially those of us in racially complicated situations.

May we all be as lucky as Dido, the beauty in this film, to find a life mate who sees us as we truly are, and loves us as is.

4 thoughts on “Beauty at Any Color”