Despite my attempts to end communications with him, Mr. West Coast continues to try to communicate how he was only trying to help me with his judgmental, misogynistic, demeaning comments. But he has also made the comment that it is a sign of my character that I wouldn’t share his words directly. I was trying to do him a kindness, as he has proven that he cannot take criticism of his character, though he surely likes to dish it.

But, to quote the Boy (who was quoting my favorite movie): Fuck it, let’s be bad guys!

I’m going to provide you with Mr. West Coast’s actual words, and I’ll let you decide if I’ve misjudged him, or if I was justified in taking a “bellicose” attitude with him.

You will find below the latest correspondence, despite the fact that I told him that I wished no further contact from him and felt that this was beginning to verge on harassment. I’ve directly copied and pasted it, and thus I want to make a few comments beforehand regarding our prior correspondences. All of his words have been italicized, but anything bolded is my emphasis. I will have a few comments regarding this latest post afterward.

I’ve been trying to tell him nicely to take a hike after a handful of correspondences in which he made a myriad of offensive comments about how women are incapable of being leaders, or that it is very rare, and also belittling me as a human.

First the comments about women: 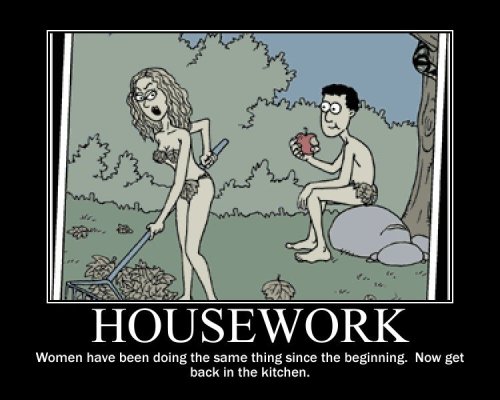 Furthermore, the way he addressed me when I disagreed with his comments was sometimes inconsistent and sometimes just demeaning:

He’s even believed that his words somehow helped me to see what he saw as my flaws because I made the mistake of commenting that I was equally bellicose (to use his words) in a situation with the Boy. I’ve had this very discussion concerning the Boy long before I met him, and only brought him up because “bellicose” was an interesting choice of word, not because I found him to be correct.

My reaction to Mr. West Coast, I feel, was completely justified, while my reaction to the Boy was out of line because I let his and my prior history color my interpretation of the situation. That history, which is lacking where Mr. West Coast is concerned, is a key element in that particular situation.

And now, here is his latest comment, copied and pasted directly, with absolutely no changes. My response will be below that.

That was exactly my point, Liz. So I took upon myself the unpleasant task of breaking a possible ruthless truth to you. Or what I was able to perceive as truth from the angle I was sitting. Better be me, a stranger you care nothing for, than somebody who may see the same things I saw but is afraid to speak out in your face to avoid that wrath. As I said – I prefer I am the wrong one and the asshole, than you be sorry later. It’s hard for a person to fix herself/himself without a wakeup punch from the outside. I would have gladly chat with you endlessly on stuff I care about, but you asked me not to and focus on YOU and tell you what I THINK. So I did!

I wasn’t lucky to have somebody helping me see my flaws when I was young and I could have done something about it. There were things I wished I could have corrected. Maybe like you, I would have been in denial and angry at those who dare telling me those things. But I wish there was somebody to do it…

So, you see, from my perspective I was sincere and I treated you I think it was honest to. The point wasn’t to debate weather I am right or wrong, the point was to make you think if there is some truth on what I say. Day by day I see you reconsider a lot of the things I told you. I am happy you do it. For your own good.

I hope your friend, the Boy, will have enough courage to stand you more. He is part of your life and he knows far more than I could have ever figured from distorted stories and hints.

Maybe one day you’ll be strong enough to even give away without considering that a capitulation. There is nothing more attractive for a man (considering a woman) than a graceful woman, one that allows him the time to realize he was wrong without demanding it. That’s a woman the man will know she’s strong, she can be trusted as a life partner and somebody a man would like to wake up every morning and not having enough of her. I know that can be reflexive, it can also be demanded from a man, too. Just that the default state of a man is the warrior one, the provider, the one who has to take on the stress and lift the world on his shoulders. A woman may try to do that, too. But that state is one of least elegance and maximum strength, something that a woman may not deem aesthetically suitable.

YES, I am sure you think this is anachronic sexism, isn’t it? But I am sorry to break it to you, most men want to do that, to be those Atlas (some incapable of doing it fall for women who fool them thinking they admire them like they actually do it). I am not sure I will live the times where the weight of the world will be lifted side by side by a man and a woman together. I think that world will require a radical change in personality of all people EVERYWHERE in the SAME TIME and a well-accepted redefinition of genders and their roles. With all due respect, I don’t see this happening really soon.

So you can chose to be angry and perpetually alone, or to yield and try to live the best imperfect life you can imagine. With a man that will be wise enough to understand you have your dreams, strengths and expect your own dose of admiration for that.

I hope you will find that man. Just make sure you don’t punch him in the face first. I am sure he’ll say something that YOU will THINK is SHOOTING AT YOU IN THE WRONG WAYS! 🙂

Now, as I have no intention of contacting him directly, I would like to comment about some of what he’s said here.

Firstly, this is the first time he’s ever even hinted at being wrong.

The “wake-up punch” he is referring to is this comment from a previous correspondence: “Maybe you should have realized by now that if so much negativity it’s in your life, it may be due to how you give a negative spin to almost anything you say or do, or – worse – to a lot of things you are told!! That will not serve you well and it may make you to be an unpleasant partner to any stranger. Who do you think would like to hang around with somebody so bellicose??”

Not only does he imply in the above quote, but he states outright in this latest comment that he expects me to be alone forever because of my attitude. But he forgets that we are dealing with simply two different opinions. While he told me he’d like to have an open, honest discussion of the situation, he has continually belittled my attempts to have an open discussion with him as me being just hurt or overly argumentative.

Furthermore, he has misinterpreted most of my “rethinking” his words as me seeing what he said as being correct. While yes, I agreed that when angry I can be argumentative, as I mentioned when I was discussing that I should pull my punches, I was attempting to ease into a discussion of how I said something offensive to the Boy. As I explained in that post, I felt I only responded to Mr. West Coast in such a manner because I didn’t feel the need to sugar coat what I said to him, just as he didn’t feel the need to sugar coat what he said to me. His insistence that he was correct while I am simply being angry and argumentative is frustrating at best.

Particularly when he says that I should let a man realize he’s wrong on his own instead of insisting on it. Perhaps he was unable to comprehend what I was saying, as English is not his first language, but I have on several occasions had that very experience with the Boy. There have been several conversations with the Boy in which we had a difference of opinion about what was happening, and we’ve been able to discuss it in a way in which one or the other has been able to accept that they were in the wrong.

Initially, I just wanted to point out where he was wrong, because the rest of our conversations had been so interesting. He had shown that he had passion and seemed to be intelligent. I was looking forward to a discussion amongst equals, and after a particularly low day, I asked him how he was able to maintain such a high level of self-esteem.

I never, contrary to what he claims, NEVER asked him to focus solely on me. I asked a question, one singular. His response was out of line and outside the bounds of what I asked. I was unable to get him to see the folly in what he said or in how he responded. We simply never got back to the valuable conversation.

And the more he belittled me, the less I cared what he had to say.

But I won’t be disrespected.

The fact that Mr. West Coast has the audacity to think that just because I won’t accept his point of view, and will not tolerate his way of speaking down to me somehow proves his delusional view that he is somehow superior to me leaves me just shaking my head. His idea that I am acting outside of my role by standing up for myself, is ridiculous. And the whole thing does tend to make me see red.

I think it’s for good reason.

What do you think? Is this a case of me misinterpreting his meaning and simply seeing the worst? Or is this guy as big an asshole as I think he is?