My last post, I spoke about keeping my dating world in perspective, but I ended talking about the Boy (I really feel like I should find a new nickname for him since he has expressed immense displeasure with that nickname…Hmmm… I’ll think on it). Seems he usually ends up being a part of things on here, and so I’ve been thinking about why that is exactly.

What is it about him that makes me fixate on him so much? And why is it so important that he be in my life?

And what does that mean for the other people in my life? 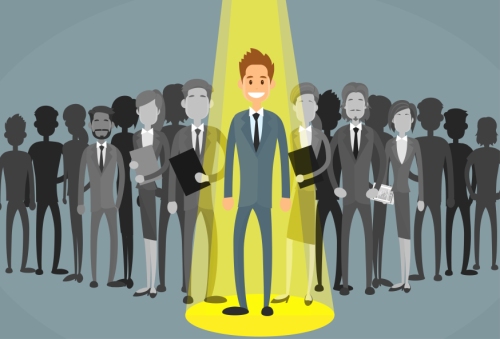 This Asperger’s thing has been a blessing and a fearsome thing all at once. As I’ve said before, recently in fact,  while there are things that suddenly make sense about my life, things that I always just accepted would be unknowable things to me, things I’d kept pretty much to myself because very few people could really understand them, there is also this burden of deciding if I should continue hiding behind the masks to make people comfortable.

What does this have to do with perspective? Or the Boy?

Well, quite simply, he’s the only person that I’ve dealt with that has accepted me once I took the masks off. I was never able to lie to him anyway, and there was no need to wear a mask for him. In fact, I hadn’t realized how relaxed I was around him until confronted with the idea of him not being there.

The thing that always bothered me, the thing that I talked about so much on here (and demonized him on here because of it), was that I didn’t see him accepting me. I was waiting for some huge outward showing of affection, like out of a Rom-Com. Immediately the first thing that comes to mind is As Good As It Gets, with Jack Nicholson. That scene where he tells Helen Hunt that she makes him want to be a better man, and she tells him that’s the best compliment she’s ever gotten…

I have been waiting for however long it’s been now for the Boy to have a moment where he could give me that kind of sign that he wanted me in his life. Something where he had this epiphany that he needed me in his life the way I needed him in mine, especially because he had been the one to absolutely destroy my sense of security when he told me he didn’t want to date me. I thought I needed that. And as I waited for it, and misread all of his ways he was showing me that he wanted me in his life, I became this really horrible person to him.

I finally had to realize that he’s not the Jack Nicholson character in the story of our relationship. I am. Has he said some really horrible things to me? Yeah, but I immediately jumped down his throat for it. Every. Time. And then I would go on the attack because I thought he wasn’t hearing what I was saying. So I said it louder, and meaner. Effectively tearing him down in all the ways I was accusing him of tearing me down.

And he still showed up for our friendship.

He still told me that maybe if I was just myself, I’d be surprised to find that people liked me anyway. He sat through my exceedingly verbose explanations of what was wrong, and when I asked him once if it helped, he told me that he didn’t need it, but he let me go through it all because I seemed to need it. He sat through easily hours of me telling him how horrible he had been to me in the past and how horrible he was now for not doing what I thought was something simple but wasn’t clear to him.

And he did it all because I needed it.

And how did I repay his awesomeness? By hurting him over and over and over again because I thought I was helping him to see how he was not being a good friend…

That moment when Helen Hunt says she’s terrified something really horrible is going to come out of Jack Nicholson’s mouth? Pretty close to what he said to me while we sat at my favorite booth in my favorite diner. He told me that he was stupid for coming because he was pretty sure that I was going to hurt him, but he came anyway.

So how did I not see it?Was it because I’ m just that stubborn? That’s highly possible. Even probable. 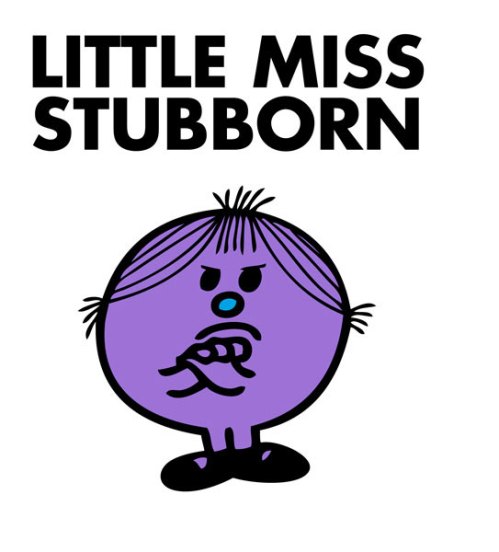 But there were also other people in the picture. While I was unsure if I was perceiving things the right way, when I would ask others’ opinions on the matter, almost unanimously they would all tell me that my perception was right. That he was callous for bringing up the “tea” thing a while back, or that “everyone knows he’s bad at relationships.”

So, I effectively did exactly what I had accused him of, which was to allow other people’s opinions influence mine. Not because it wasn’t what I was seeing, but because, even before I knew about the Asperger’s, I’ve always been aware that I don’t see things clearly with my interactions with people.

People wonder why I share so much of my personal life (my mother was hinting at I shouldn’t last time I spoke to her), and part of it is that I truly need someone to help me to see if the way I’m seeing it is valid. And a lot of people will either just agree with me to do the girl thing, which is to comfort me, and then some would lightly jump down my throat for even still talking to him, because if it upsets me so much I should just leave him be…

Suddenly I’m wondering if my confrontation with Mr. West Coast was potentially one of these perception errors. In his case, I highly doubt it. But you never know.

Meanwhile, I’m looking back at my friends. I’ve moved to a new part of town, and I’ve lost touch with many of my friends that I had before. Some of them were kind of on their way out anyway. But some of them, I’ve just been afraid to see them now that I have openly admitted that I have Asperger’s.

I’ve had mixed responses. A lot of people see how I’m good at social interactions, they don’t know how difficult it is for me to actually handle them sometimes. They see the mask. A few of them obviously don’t remember the first time I was exposed to them. Like the first event I went to with my book club girls. It was a dinner thing, and I was able to kind of observe the behavior of each of the people, and thus know how I was expected to be.

And when I got great reactions after telling a story about a guy I had briefly dated, that kind of became my personality with them. I would talk about relationships, for their entertainment and to get help when things were hard for me to navigate, especially with the Boy. In smaller outings with them, it was better, but I was still “on” for them.

Was it me? Yeah, but a very particular part of me. Not the insecure me.

And it’s exhausting being that person all the time. Especially when I first hinted at the Asperger’s thing, all of the BCG (Book Club Girls) there unanimously told me that no, that didn’t really fit. And then several of them proceeded to tell me about someone they know who really had Asperger’s…

Some other friends have been more encouraging. Or they’ve tried. I’ve still encountered a great deal of push back, and in one case, I let my guard down because I was at a friend’s house, but had an…altercation… with a friend of his. One that shouldn’t have been a big deal, but it made me start to shut down, and since I didn’t have anywhere else to go, I didn’t know how to handle it.

We’d been having an argument about Hunger Games, of all things…

I don’t like Katniss. And I’m not on the J-Law bandwagon either. Both are awesome, but not the huge symbols of feminist empowerment that everyone keeps trying to make them out to be…

But this friend of a friend was telling me that Katniss was better than Tris (from Divergent), and when I tried to rebut, I had to follow my syllogisms. I’d start my syllogism with the “if,” and he’d interrupt to rebut that, and when I’d start over, he’d interrupt me again. I finally snapped and told him I couldn’t have this argument. And as my friend, who had given me permission to be there, was not around, I was at a loss for what to do… It was a very uncomfortable situation.

Add to it that the friend in question has also questioned me as to why I think I have Asperger’s, while also telling me that I have to let myself be vulnerable in order to help people see my true self (which totally blew up over Katniss, the bitch), and it might start to make sense why I’ve been leery of almost all of my old friends.

All the new people in my life are getting the me without the mask. And some can handle it (a few of my coworkers and my new roommates come to mind) and some can’t, like Mr. Nice Guy, but that’s just how it is going to be from here on out. I’ll put on my mask for being out in public, but the people I want to be fixtures in my life have to be able to handle me sans mask.

Meanwhile, I’m sort of going through a…cleansing? A reaping? I don’t even know the right word for it, maybe a purge?  I’m sort of slowly going through my friends and seeing if they can handle me without the mask. I haven’t had super great luck so far… So, I’m real leery of any group activities. If you’re somebody who’s been wondering why I’ve been MIA, that’s why. I’m just tired of feeling like I have to hide from my friends.

And maybe that’s the way the world works, and we’re not supposed to be ourselves in front of anyone, but damn it, that’s a really horrible way to live!

Trust me, I know; I’ve spent 30 plus years hiding the real me and then breaking down every few months because I feel like the real me is totally unlovable because every time I let her out, people go running, screaming the other direction.

Except the Boy, and I pushed him away on accident.

1 thought on “Perspective: the Friend Edition” 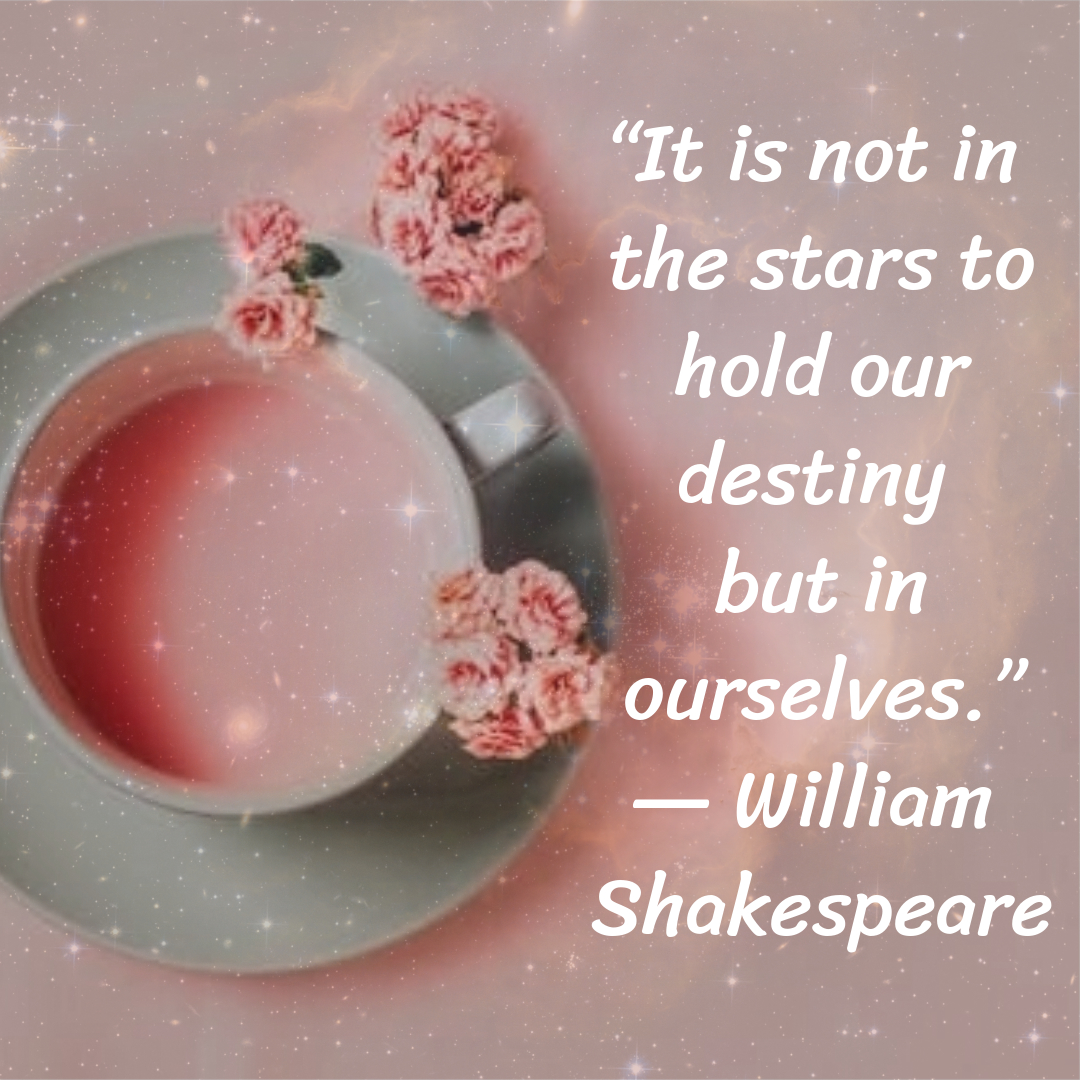