I’ve never been one to really put too much stock in the whole “New Year, New You” movement. I mean, don’t get me wrong, I believe whole-heartedly in the ideas of renewal and growth and change, but at your core, you are who you are. That’s the reason why expecting partners to change drastically usually ends in heartbreak.

But, and it’s a pretty big but at the moment, it seems that my new year is forcing me to embrace change!

I’ve come to terms with the fact that it was indeed a lie.

And so we move on…

Now, just a week into the new year, my car has decided that it isn’t going to continue to function for me. It has been threatening to crater on me for probably a year or more, and I’ve been limping along with it, hoping for better financial situations to arise. Frankly, I was afraid I wouldn’t be able to get a new car. My credit sucks horribly bad, and I didn’t have anything to trade in. 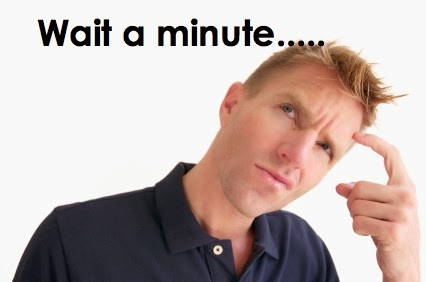 Yeah, I know, I just said that my car had decided to quit working… It’s not mine. Never has been. I’m almost halfway between 30 and 40 and I didn’t have a car in my own name. Not a big deal if I lived somewhere like NYC or anywhere in the civilized parts of Europe, but in Texas, not having a car is a big freaking no no!

The car I have been driving is still in my father’s name. It’s a long story as to why, but the short version is thus: my dad retired, and bought all of his children a vehicle.

And gave the title to none of them.

So we all have vehicles, that he expects us to maintain, although when mine actually did crater about a year ago, I refused to pay to fix it because it wasn’t in my name… actually, I couldn’t afford to do so… Either way, our cars aren’t “ours.”

And at any time, he can decide to take them from us and none of us can say anything about it.

Don’t get me wrong, I greatly appreciate the use of his car, but it’s been very very difficult trying to find a new one when I have nothing to trade in, and my credit is far from stellar.

Follow me on a side trip for a second. Back to the Boy just for a second… When he agreed to do the “gesture” for me, he actually made a comment about how gifts were important to me. And, while I still maintain they aren’t one of my love languages, they are important because there’s kind of a history of gifts having strings or some other negative association with them in my life.

Like, back to when Dad retired, he also bought he and my brothers motorcycles, or rather, he finished paying them off… Now, I wouldn’t want a motorcycle, but it goes back to that whole why do I get treated differently thing. Did he not think to ask if I wanted one because I’m a girl? Or because I’m the oldest and didn’t live in the same town anymore? Or is it (as I often fear) because I’m adopted and no one really thinks of me as being part of the family?

My mother often goes out of her way to make sure I don’t feel the difference, but it’s hard to explain to her that it’s easy enough to see that I don’t belong: I don’t think like them, I don’t like most of the same foods, I prefer the hustle and bustle of the city to the country, I’m just different. I even look different. They all have blue or green eyes, and, well, mine are such a dark brown that people have told me they think I might have black eyes.

When Dad and I go places, people don’t question it as much because he’s got such a deep tan from working outdoors all his life that I don’t look out of place. But the rest of them… Yeah I don’t fit.

The point is, that gifts have an important message to me about how a person truly feels about me. Someone who supposedly cares about me and wants to be my friend, or (like when the Boy was allegedly interested in more) a lover, should be willing to follow through on a gift. Gifts are non-verbal, tangible symbols of how important a person is to you. It is a big deal!

I don’t expect them to cost a fortune, but I expect though put into them. And I expect them to actually materialize when mentioned. The person the Boy presented to me, as he was telling me he’d wait for me to “come,” as in arrive, on our first date, because that was just the type of guy he was, would have followed through if I’d mattered at all to him. The fact that he never saw that was what hurt, and the fact that he didn’t care that how he treated me was wrong but only that I made him feel bad for doing something wrong is the reason why he’s gone.

The Boy never followed through, and it showed me how little I meant to him, and I made excuses for him because my father similarly hasn’t followed through with giving me the title of my car, but I understand his reasoning. I gave the Boy a pass because it reminded me of my father, and I love my Dad enough to accept some accidental mistreatment. I lumped the Boy in with that.

And now that I’ve gotten rid of the Boy, I can similarly get rid of my dependence on my father. I have to. I can’t keep waiting for him to change any more than I can keep waiting for the Boy to be the person he pretended to be in the beginning.

I want to take a moment to give a shout out to the guys* over at Northside Imports (in Houston). They were able to take my really crappy credit and get me a new car with no trade-in, for a very small down payment (relatively speaking), and they kept my payments less than $400 a month. And not for a USED car, which is what I thought I was going to have to buy, but for a NEW car. It’s a 2015, but I’m the first and only owner, and when I got it home from the dealership, it only had 37 miles on it.

It’s going to take a little finagling to keep my finances okay this month, but next month, I should be good to go!

I think I’m adulting quite well.

*If you decide to visit them and get a car, you want to talk to Myles Wilburn, and Ryan is the finance guy who made it happen. Tell them that Elizabeth sent you, it gets us both a little something…