This was not a movie I had wanted to see… But when a friend of mine messaged me saying he had free advanced screening tickets, I thought it wouldn’t hurt to watch it for free.

And oh am I glad I went to see it! The thing I loved most about this was that it was almost as if the first one didn’t happen. I’ll go in more detail about that, but I am going to do my damnedest to give you a spoiler free review of The Huntsman: Winters War.

So, before we get too far into the story of The Huntsman, let me remind you a little about the first movie. They took the story of Snow White, and gave us more of the wicked stepmother’s story. With this second one, we find it’s by some of the same people who gave us Maleficent, so we know there’s some interest in the backstory of villains already, and that was kind of what the first one did… but with Kristen Stewart in it with her empty, stoned stare. 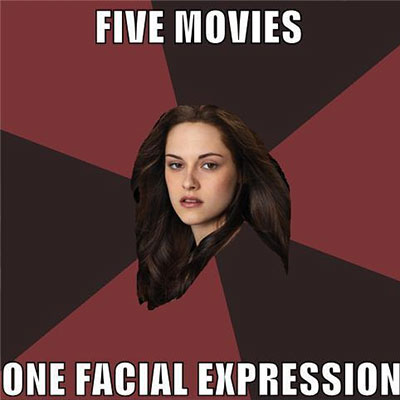 The first one took the fairy tale and attempted to modernize it by giving us strong female leads. The Wicked Queen/Stepmother, played by Charlize Theron, isn’t just a wicked witch who fears being old and ugly and to be replaced by someone younger and more beautiful, but she’s power hungry as well. Yes she uses her power to suck the beauty out of the young women of her kingdom in some sorcerer’s version of plastic surgery, but it’s more than just that.

To balance her, they have Snow White, played by Kristen Stewart, who is supposed to not only be beautiful, but so beautiful and pure and kind that she is able to tame the most horrid of beasts, and even the Horned God of the Forest.

It’s the ultimate battle of light and darkness, with the darkness using love to trick and almost kill Snow White. There’s definitely a theme going on there that evil women are almost exclusively women who have been jilted and betrayed by their lovers… something that is obviously a little close to home for me at the moment. But then, true to the old fairy tale, it is True Love’s kiss that awakens her, but it isn’t Prince Charming’s kiss that does the trick; it’s that of the Huntsman, played by Chris Hemsworth.

Hence, in order to enjoy this second movie, it is almost better if you have no knowledge of the first.

In The Huntsman: Winter’s War, we get even more back story of our Wicked Queen, but also the backstory of our Huntsman. We were told in the first movie that his wife had died, killed by an evil queen, and it is suggested that it was the same evil queen… if I remember correctly. I wanted to rewatch the first one to check myself but it’s not on Netflix, and I am not going to pay to see it. I disliked it that much.

In this movie, we are shown what happened and we meet the Wicked Queen’s younger sister, who, as it turns out, is an Ice Sorceress with emotional problems. In that regard, it’s like Frozen for adults, even complete with the ice wall barrier a time or three.

That similarity was one of a hundred reasons why I didn’t want to see this movie, but I am happy to say I was pleasantly surprised! Where the first one lacked any chemistry between any of the characters, and played willy nilly with the archetypes of a fairy tale in order to modernize it, this one gave us a fairy tale that I can get behind.

In the Q&A after the showing, Jessica Chastain, who played the Huntsman’s Warrior wife, said she felt like this movie was a modern fairy tale, and she’s right. Where the first movie wanted a strong female lead, this one actually achieved it, and even though there were two Evil Queens, they balanced each other out and didn’t seem overwhelming.

Emily Blunt plays Freya, the Ice Queen, very well. I believe the heartbreak and hardness, yet still see the tiniest glimmer of hope necessary for her redemption. She is similar to the Maleficent character, a woman betrayed who has a reason for being truly evil, who still might be redeemed and shown to be truly good. It’s almost as if she was the pure of heart character that should have been Snow White because Freya actually does have the power to believably beat her sister Ravenna, the evil Queen, played again by Charlize Theron in her first ever reprised role.

Unlike Snow White, whose sole power is being so beautiful that people are willing to follow her to certain death… Ugh! That was a big part of my frustration with the first one was that Snow White wasn’t a good enough character to contrast the Evil Queen, and here, even though Blunt’s character is still not one of the good guys, she’s still a better contrast to Theron’s Queen.

Can I take moment to just comment on the names? We have Freya, named after the Norse goddess of love and fertility, whose heart becomes frozen due to a betrayal by her lover that causes the death of her child. Then there’s Ravenna, which is obviously a reference to ravens, the bird that in both films represent her and have historically been birds that represent death. Just think about Edgar Alan Poe’s “The Raven.” Our lovers are Eric and Sara. Eric is an old Norse name meaning “one” or “forever,” which seems appropriate since he is alone in the first film and here is shown to be holding onto love forever. Meanwhile Sara is a biblical name for the wife of Abraham.

Some serious thought went into naming them, and I can only believe that the meanings were meant to be at least somewhat important because Freya specifically asks what are the names of the two who are the best, Eric and Sara.

It is that attention to detail that makes this movie so much better than the first. It’s like someone looked at what they did before and said, “ok, what did we want to achieve? And now, how do we make that actually happen?”

They did keep elements of the first. Like we get to see the forest where we met the Horned God from the first, though it’s not seemingly recognized by the Huntsman. Another reason why I feel like they were trying to distance themselves from the first. However, we do see Prince Charming, aka William, played by Sam Claflin, who was much better in the Hunger Games movies than here, but I don’t actually think that’s his fault… The Hunger Games gave him a better character to work with, and in this one he acts solely as the Herald who sets our hero, the Huntsman, on his journey.

Yeah, that’s right, I’m using Monomyth terms! This movie fits the monomyth quite nicely, but, as I’ve noticed a lot lately in the movies I enjoy, they’re allowing for dual heroes to allow for the evolution of an equally important heroine in the monomyth cycle. Our lovers are both the heroes of the film, and they have equal, though separate trials to go through to become the hero. Since this movie is titled the Huntsman, we only see snippets of Sara’s trials, but Jessica Chastain is a marvelous actress who helps us to feel how hardened she has become because of her trials. She has been led astray on a false path as part of her trials, and that’s all I can say without giving away any more spoilers.

The one complaint I would have is that I feel the trailer is a bit of a lie. It gives the impression that this movie is a prequel only, and that is inaccurate. This movie gives a bit of prequel, but also has some obvious sequel energy to it. While the voice-over in the trailer tells us that this is the story of what comes before Snow White, the scene shown in the trailer where Ravenna tells the Huntsman that she’s missed him, kind of gives away that it’s not solely a prequel, and I take a little bit of umbrage at the studio’s belief that people are too stupid to figure that out just so they can hit us with a few surprises.

On the other hand, the trailer does NOT give away all the really great scenes, like usually happens, such as with the Batman V Superman movie, where many of the greatest moments were already ruined by the trailers. Like the trailers barely touch on the comedic genius of the four dwarves, played by Nick Frost, Rob Brydon, Sheridan Smith, and Alexandra Roach. I appreciate the addition of the female dwarves to bring us a truly more evolved fairy tale.

Particularly since the female dwarves show more backbone and efficiency than their male counterparts.

This is definitely a movie full of strong female characters! But also with equal parts love and action, so it meets my qualifications for a good date movie. I would definitely recommend seeing this one when it officially comes out on the 22nd. I’ll be watching it again, for sure!

One last thing: Can we all agree that the freaking song for this one is awesome?