I’ve been chasing this dream for a longish while, and I think I’m finally about to catch up to it!

Last NaNoWriMo, I started on a novel idea that I’ve actually wanted to complete. It’s a story with sirens/harpies (still going with the idea that they’re the same thing), gorgons, dragons, and regular everyday people. There’s a murder mystery, and a lot of seduction and even a little angry sex. 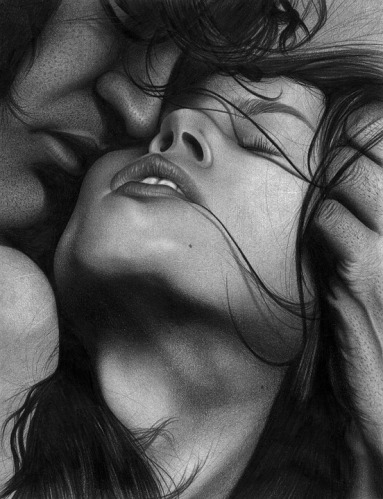 Come on, gotta have some passion with sirens involved!

As such, the story went from just an urban fantasy to a paranormal romance, and quick!

Of course, when I started writing it, I was getting some romantic juju from Mr. Nice Guy, but also fighting with the Boy. Both men have influenced the initial characters greatly, albeit not at all in the looks department.

The characters are going places, and I know where they’re going. The plot is set, unless the characters suddenly decide on their own that I don’t know what I’m doing and they completely mutiny. But I don’t really see that happening. Since it’s now officially a romance, the Happily Ever After is pretty much guaranteed, so why would they revolt?

And just why should the Happily Ever After be guaranteed?

Because Romance Novels almost always have a HEA type ending. The immediate exception is Nicholas Sparks.

His books always have a bittersweet ending, and while he makes gobs and gobs of money, I don’t want to do that. For one thing, every time my mom makes me watch a movie based on one of his books, we both end up blubbering like babies.

Thus for the whole month of March I did research on what makes Romance Novels tick. Erotica novels, too! It was a fun exploration, and gave me some great ideas, especially Nicole Collet‘s post because she has kind of turned the Romance heroine on her ear!

I still have to post the review for her book. I feel bad, she gave it to me early so I could post it when the book came out and I haven’t finished reading it yet… I certainly recommend it to everyone! You should go check it out!

I’d have finished it and written a review by now, but life got in the way!

I went back to work. I broke up with the Bartender. Or rather, he walked out on me and then things got really hectic with that situation because it turned out everything he ever said was a lie… Meanwhile, I still have to get moved into a new place, and yet men are coming out of the woodwork all of a sudden to talk to me and entice me.

And I still have to find some way to do my Real job.

I reached the first goal some while back and was going strong, but my votes have been kind of slowing down, even though my Twitter followers have continued to grow. In the last month, I went from about 700 to nearly 2,000 Twitter followers! If they’d all voted for me, I’d have a contract by now.

Speaking of, it only takes a second, so if you would, take a moment out of your day and vote for me, I’d greatly appreciate it!

The whole way Something Or Other Publishing works is to ensure you will be a success by building a reader base first. Which is what I’ve been working on.

I’ve been networking and writing more. At least one of my poems looks like it’s going to be picked up and published… well, maybe. I don’t want to jinx myself.

I’ve been working on making my blog more professional looking, too. I’ve figured out how to make my own images, and found places where I can get stock images so I’m not breaking any laws.

I’ve gotten on Instagram (with the feed over on the left) and I’m more active on Pinterest… My name on both of those sites is @lazymayse. Twitter is a different name: @ellamays.

I’m going all out!

And while I’m not sure I’m quite ready to tackle Snapchat, I did stay up late creating my Author Site.

I am serious about making this particular fantasy a reality!

Please take the time to vote for me to help me achieve this dream!