I’ve begun helping a fairly new author with his marketing campaign, so while I reacquaint myself with the marketing world (especially now that Social Media has taken over so entirely!), I’ll be posting tips and advice on here. Mostly it is based on my observations, so take it for what it’s worth. We’ll work it out together…

And so let’s begin!

I suppose there’s no better place to begin then with the beginning!

For better or for worse, social media is here to stay. I tried to run from it for as long as I could. Similar to when cell phones first came out, some part of me thought “this is a horrible idea! Now we’ll never be free.”

And to some extent I was right. People are attached to their phones more than ever, tweeting, Snap-chatting, Instagramming, cataloging every moment of their day for posterity.

Or maybe not posterity, but at least the next 15 minutes.

See, that’s the trick with Social Media: it’s all about the NOW. I don’t mean now like today; I mean right now, immediately and it can change at any minute. Any second, really. Social media and the instantaneous nature of the internet has made every aspect of our lives ephemeral, fleeting.

Way back in one of my very, very first posts, I talked about “slacktivism,” and how we get in this frenzy over certain problems and situations. Our idealism and the fervor of the moment get us to tweet about some atrocity, and how we’re going to do everything we can to stop it… so long as it doesn’t require us to get out of our chairs. Let me tweet while at a stop light about how horrible homelessness is because of the beggars asking for change outside my window…Just don’t expect me to do anything about it.

Then, by the next stop light, I’ve forgotten the problem, and I might tweet about how they need to adjust the timers on the lights better so I don’t get stuck at every. Single. Damned. Light!

That’s how fast things change on the internet, and marketing has to change to keep up.

Authors, I’ve noticed, struggle to make the adjustment. Probably because it is in their nature to put their heart and soul into every character. They are creating works that will (they hope) last for ages and ages hence. And they seem to market their brain children the same way.

They find a tried and true method, and they all do it; because it worked for one, it must work for all! But that’s not how the internet works!

Everybody, except other authors, with a few exceptions.

The marketing articles that I’ve read say you should connect with other people in your field. See what they’re doing, (basically) steal ideas to stay with the trends. 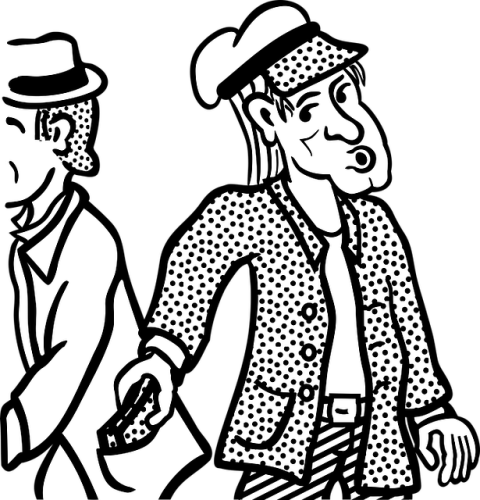 But why is this the advice being given?

It works for bloggers because it is important for them to be in line with the trends. If what you’re blogging about isn’t relevant, you’re not relevant. You can hurt yourself by not being exactly with the times.

I’ve seen this first hand. I was about 2 days too slow with my post about Beyonce’s Lemonade, and the momentum had already passed. Two days earlier, and that post would have gone viral because I was speaking somewhat poorly about the Queen Bey.

But it didn’t. Because I was 2 days too late. 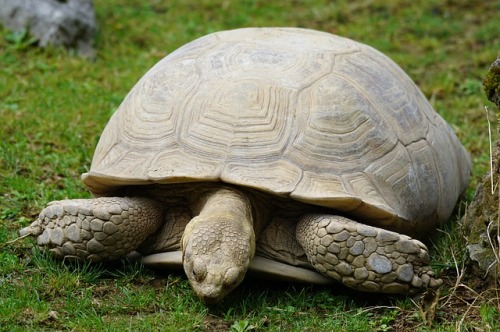 But for authors, trendiness is somewhat irrelevant. It leaves an interesting conundrum: How do you make your marketing trendy when your content is meant to be timeless?

Because it gives us the sensation that we’re getting our 15 minutes of fame, but for-ev-er! By posting every detail of our lives, we are living out our own reality television show. We’re exposing ourselves in the hopes that we will get approval from others. Or, better yet, that we’ll influence others! Influence them to be more like us, to like what we like, eat where we eat, wear what we wear, or read what we read.

Given that, how do you appeal to people and get them to follow you or buy your product?

You show them who you “really” are.

I put “really” in quotations because who you show them is just as staged as reality television. You choose what it is you want the public to see, but you’re consistent, and you put it EVERYWHERE!

Get on as many Social Media sites as possible.

Instagram is good because people are more visual and, well, a picture’s worth way more than 140 characters!

LinkedIn is good for certain people. The more credentials and networking you need, the better. For authors, it’s only good if you’re writing non-fiction. LinkedIn helps to establish you as an expert in your field because you’ve posted your credentials.

SnapChat is the new, hot way to communicate. I’m not savvy enough to talk about it yet, but I can see that it’s not going anywhere. It’s too popular and it appeals specifically to that ephemeral thing I was talking about earlier. Reinforces the idea that things don’t last forever, whether or not that’s the intent.

And, of course, there’s Facebook. Facebook has managed to intertwine itself with every major site possible so that you have to be on Facebook to sign in to almost anything, but it’s not really what the cool kids use anymore. It is, however, what the adults use, so it’s still good if you’re selling something, because the people who use Facebook are the same people who actually will spend their money.

There are others, of course: Google+, Goodreads, and Pinterest come to mind. The point is, you need to embrace them. All of them!

The first step is to create a profile pic that you will use on all of the different sites, or as many as you can. (I understand that Snapchat has it’s own thing that is different from the rest, apparently. Like I said, I don’t know that one well enough yet, but we’ll get there.)

You also need a Twitter worthy (140 characters) description or tag line, along with a longer, more in depth bio.

All of my sites use the same black and white image as my Gravatar here as my profile pic.

Anything that is open to the public has this image. Not my personal, private, Facebook, and not my personal Goodreads account. Since I haven’t published anything, I don’t have an author page for either of those sites, but as soon as I do, you better believe that they’ll have this image, too… unless I change to a better one all across the board.

So there you have it! Our first Marketing Monday post.

It’s a good place to start. We’ll look at the value of the individual sites later, but for today, the thing is to get onto social media and look around. Acquaint yourself with different sites, make them look uniform so that it’s easy to be recognizable as yours.

3 thoughts on “Where to begin with Social Media”