It’s about time I got back to talking about movies. I’ve seen quite a few this summer, and most of them have been good. I quit writing about them at some point because the pretty constant confusion I was experiencing due to the Pirate kept me from being able to really focus enough to talk about them. Most of my intellectual energy was being spent trying to figure out how he felt since his words and actions didn’t match (that’s a running theme in my life), or in trying to convince myself that I did actually like him, since he ticked several of the right boxes… though, if I’m honest, not enough for me to have tried so hard to convince myself.

I think it’s appropriate that the movie I should review to get back on the horse again is the one coming out this week: Nerve. The premise is about just that: finding your nerve… only it’s done as an internet game. We follow a young woman as she decides to play the game instead of simply watching the game, the theme being are you a “Player,” or a “Watcher.”

It sets us up with an interesting message from the very beginning. Players are people who do, while Watchers… well, they watch. They are the passive people who always dream about what they wish they could do or be, while the Players actually do and are those things the Watchers only dream about.

The twist here is that the Watchers get to help decide what the Players actually do, giving us a second message about being an active participant in our own (and other people’s) lives.

Plenty of adrenaline rushes, for those of you who are too busy being Players to even sit still for the average movie, but also a bit of mystery for the more cerebral movie goer.

To top it all off, it’s got a pretty gorgeous cast! Dave Franco, Emma Roberts, Emily Meade, and several other gorgeous young people play the teenagers. Even the mom is a hottie, played by Juliette Lewis… Though I have to tell you it makes me feel very old that she’s now old enough to play Mom roles.

Just check out the trailer.

It’s a really nice change for the YA movie scene for it to be set in reality, which makes it both more exciting and the message more meaningful.

I think you can tell that I like it, but before we continue, be warned that from here on out there may be some mild spoilers. I’ll try not to give away anything important, but you know how I am sometimes… If you want to watch it unspoiled, stop here, go watch the movie, and then come back and compare your findings with mine.

But you have been warned!

Our main character is Vee (played by Emma Roberts), a high school senior who has always been a Watcher in her life, while her best friend, Sydney (played by Emily Reade), is definitely a Player. Sydney is that rich kid who isn’t getting enough attention from Mommy and Daddy, and so she turns to being a bad girl, but really she’s still just a spoiled brat… in my opinion. The movie does give her some redeeming qualities, especially towards the end. But let’s not get ahead of ourselves.

After Sydney, in true spoiled rich girl (think Mean Girls) fashion embarrasses her “best friend,” Vee decides that she’s had enough of life as a Watcher, and she joins Nerve to be a Player.

If you watched the trailer (see above), you know that “Nerve,” as presented in the movie, is an Internet game where the “Watchers pay to watch, and the Players play to win.” Part of that is that the Watchers get to offer up the dares that the Players play for cash.

This is how the Players make their money, but you can’t quit a dare or else you’re out of the game. If memory serves, the phrase is “bail or fail.” If you cannot complete a dare because you bail (as in you chicken out), or you fail (as in you are unsuccessful), you are out of the game. The last two standing go to the final round, winner takes all the cash.

We see in the movie that some of the dares are pretty expensive. One of the trailers shows that the green dress that Vee has to “try on” is a nearly $4K dress… At one point, we see Vee and the guy she ends up teaming up with, Ian (played by Dave Franco), do a $10,000 dare.

The usual teenage angst ensues as the best friends learn what they actually think of one another, and Vee breaks a cardinal rule in the game… Changing the severity of the game for the remaining three contestants.

The dares start to get darker and darker, which is a nice nod to that “fascination with the abomination” that is such a big theme in such classics as “Heart of Darkness” (where the saying actually comes from), and the 1970’s re-envisioning of that piece, “Apocalypse Now.”

Enter her other best friend, who obviously harbors a secret crush, Tommy (played by Miles Heizer).

Tommy happens to be in the know about hackers and the like, so he along with Vee and Sydney attempt to save the day, and save Vee from the fate of the Watchers’ darkening desires.

What I like about this movie is that it is a coming of age story, without a doubt, but it is also a love story, and a morality tale.

We’re watching the heroine, Vee, go through her own hero’s journey, and each of the characters is an obvious archetype. She has to overcome her fear to grow into the hero that she can be. She has a call to action, given by Sydney, and a love interest who is sometimes also temptation. Each dare as they become increasingly more dangerous is another step towards defeating the villain, and yes there is one.

There is a tangible villain in the form of Ty (played by Colson Baker, aka Machine Gun Kelly), but also the even larger villain of the mob mentality of the Watchers, made more malicious through the anonymity of the Internet. 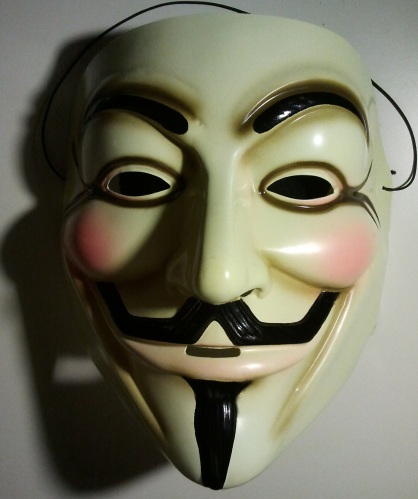 When looking at the love story component, Vee has to choose between the handsome stranger, Ian, and her trusty male best friend, Tommy. If you’ve read any of my posts about the formula of a love story, you know which one she’ll probably choose… but is he just playing her in order to win the game?

And by the end, we have a morality tale about giving into “the horror, the horror…”

Sorry, I went back to “Heart of Darkness” and “Apocalypse Now,” for a second.

See, the message that I get from this movie is that that anonymity, the very anonymity I remember thinking was the best part about the internet when I was first entering into chat rooms as a senior in high school (yes, I’m old… deal with it), makes it easier for us to succumb to the darkness. It allows us to be complacent, and complacency is often worse than the actual act of evil itself.

Very deep stuff for a YA movie (which it’s not exactly marketed as, but the book is decidedly YA… or so I’m told; I haven’t read it… yet), and yet it’s done in such a way that it’s enjoyable for those who only look at stuff on the surface.

I know this to be true, because (and this is very scary to me) there are people who are begging for such a game to actually be made to be played. By real people!

This is what happens when we stop looking for meaning in our entertainment. First we begin missing the lesson, and actually make the mistakes that are warned against in whatever movie or book or television show we’ve seen, and then we do even stupider stuff… like vote Trump into office.

I hope that’s a joke, and not some sort of terrifying self-fulfilling prophecy.

Don’t dwell on that too hard. Just go watch Nerve and tell me if I’m right, or am I thinking too deeply about it?

2 thoughts on “Find your Nerve”