It’s been a while since I did a movie review, but this one was so good, and so inspiring, I felt I had to comment about it.

Obviously, I’ve been dealing with some of my own fears of limitation, such as the idea that I’m not lovable or good enough, but this movie restored my sense of Hope. And to watch it on the day we honor and remember Dr. Martin Luther King Jr. seemed especially fitting given the current times we live in.

If you haven’t seen Hidden Figures yet, you absolutely should! I’ll try to keep the spoilers to a minimum, but there may be a few.

It’s a movie that celebrates our sameness, while telling the true story of African American women who had to not only combat the gender biases against them, but the racial biases as well, and not only were they successful, but in many ways they surpassed their white, male peers.

I think it is the perfect movie for what’s happening at this particular point in our country’s… history? Evolution? I’m not sure what to call it.

It seems to me that when we’re about to inaugurate a president who’s primary purpose is to divide us and gaslight us so that we are afraid of our neighbors and doubt our own senses, a movie that shows how far we’ve come as a country to overcome our differences could be very beneficial in helping us heal as a nation.

Hidden Figures is the story of three women, exceptionally gifted women, who worked at NASA in the early days of space flight: Katherine G. Johnson, Mary Jackson, and Dorothy Vaughan. 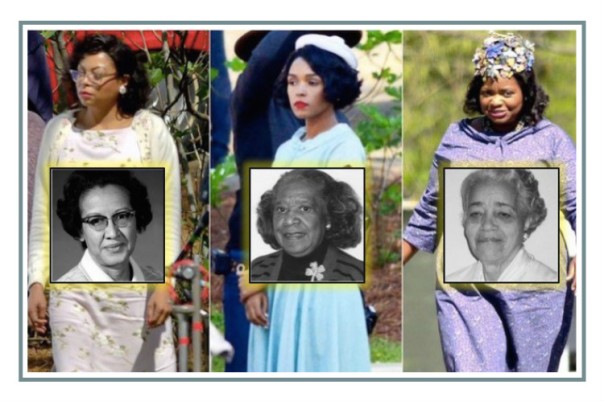 Because they were “colored,” and women on top of that, they had to work twice as hard as everyone else around them to prove that they deserved to be there.

Katherine had to struggle to get the information she needed in order to do her job because her gender and race was enough to deny her clearance… until she proved herself several times over.

Mary had to go to court just to get capriciously added prerequisite coursework in order to achieve her dream.

And Dorothy Vaughan had to deal with being a supervisor, but without the pay or the title, and to fight not just for her job, but for the jobs of all the girls under her supervision.

The Beautiful thing about this movie is that, not only is it true, but these women didn’t use violence or anger to prove themselves. They used their intellect. They knew they belonged, and they proved it instead of just arguing about it.

More than that, these women maintained not only their jobs, but households as well. They even had supportive husbands who didn’t belittle them for being intelligent!

Score a huge point for the smart girls! I’m currently dealing with removing men from my life because they can’t be bothered to treat me like a human being because I’m “just” a woman. It’s kind of a long standing idea that women have to change and be less just to please a man, so he doesn’t feel threatened.

And yet, in this movie, the husband of Mary Jackson is supportive of her efforts, even though he is concerned that she won’t be successful because of the struggle for equality they face. It’s kind of hinted that he’s the more domestic one of the two, as he tells the children they have to eat their greens, and he comments that his wife worked such late hours that she didn’t know that particular struggle.

Yet, even though it’s hinted that he is the primary caretaker, it’s never suggested that he is less for doing so. This is a message that needs to be embraced…

This movie is such a beautiful example of equality! Not just the struggle for equality, but actually achieving equality! It is the perfect example of how beneficial Dr. King’s dream future could be to all, and how easy it can be to achieve it if we simply stop seeing our differences before we see our similarities. 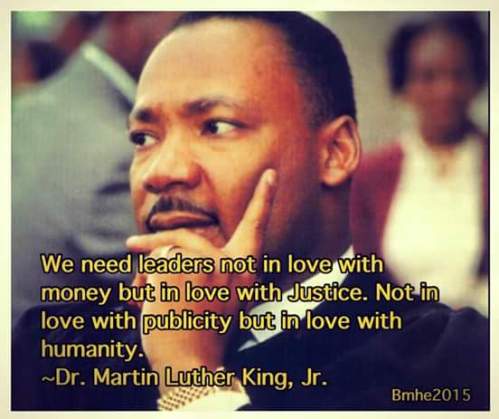 May Hidden Figures prove as an example for this administration of what we are capable of when we work together and overcome our differences. And may it be a symbol of hope for those who are (rightfully) afraid of what is to come in the next four years.