Good evening Rewinders! This week everything is a little wonky. Again, I didn’t get the #WriterWednesday post up on time… or at all! Again, the weekly rewind is a little late, though I promise to post before the weekend is technically over. But, hopefully, after today is done I’ll be back on track. It’s been a busy weekend!

For that matter, it’s been a relatively busy week!!

As such, the soundtrack for this week’s rewind is full of trance and dubstep.

This type of music keeps me moving without stressing me out the way some other musics will, but I know that some people have the opposite reaction to it, so my feelings won’t be hurt if you don’t like it. We’ve started with something in honor of the sun as it finally came out today making for a beautiful afternoon/evening (I’m writing to you from the back porch).

Today (Sunday), instead of doing the weekly #JustAddTea, I ended up going to a meetup for a new book club, one that merges my geeky interests with my bookish interests. This isn’t the first time I’ve attempted to merge the two, but, hopefully, it will be more successful.

One of my biggest challenges has always been being 100% myself. One step to overcoming that is to try not to compartmentalize my friend groups so much. Of course, my work friends are still a separate category, but I’m trying to make friends with whom I’m not afraid to be my true self.

Today went well! We discussed the book Lock In by John Scalzi, an author I already liked because of his novel, Redshirts. We also talked about A Wrinkle in Time, but I haven’t read that one since I was in the 5th grade or so. I thought I’d remember the story, but as they were discussing it, I realized I didn’t remember but a few (a very few!) scenes. Maybe I’ll get around to reading it again before the movie comes out later this year.

I’m planning to write a review of Lock In later this week, so keep your eyes open for that.

I just finished it late last night (Saturday), and haven’t had a moment of downtime yet to really write a solid review. The best I can come up with so far is to honestly admit that it is a book that kept me up late into the evening so there were a few nights this week that I got only a few hours of sleep.

That’s not entirely accurate. There were several nights this week that I couldn’t sleep and tried to read to help quiet my brain, but the book was so good, in the end, I had to force myself to put it down because I was trying to read it while my eyes were closing of their own accord.

Yesterday I spent a good portion of the day running errands. I bought groceries (lots of groceries!), and I even cooked dinner! I made my very veggie spaghetti. It has squash, spinach, mushroom, onion, and lots of garlic and herbs cooked into whatever spaghetti sauce was on sale the last time I bought spaghetti sauce, served over whole wheat penne.

I wish I had taken a picture. I had meant to. My roommate made a very delicious salmon, and the plate looked beautiful, but I was so hungry, I ate all but a few bites before I realized I’d forgotten to take the photo.

I’m not a very good millennial, it seems. 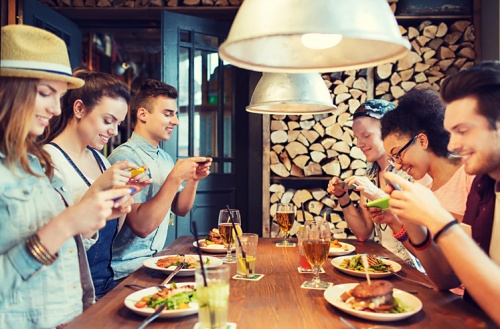 The rest of the day was spent bouncing between lesson plans and editing an essay for my mother.

She’s working on becoming a librarian. I think she’ll like it. She loves kids too much to leave the education system completely, but she’s had a rough couple of years with her last few principals… and with her “friends” who used her work to progress up the career ladder and yet now don’t seem to remember all the help she gave them.

Karma is coming for those people!

The rest of the week has been mostly just work stuff. The first half of the week, just going to work wore me out. This flu business is no joke! Of course, it didn’t help that I had trainings to attend on 2 of those days, and students who came for tutorials on 2 other days.

So much so that my supervisor for the after-school program I’m part of (where the magic of Writing Club happens) sent me home. She said she wasn’t sold on the idea that I was better. When I saw myself in the mirror once I got home, I understood. And while I tried to stay awake to read Lock In, I found myself asleep before 5 pm.

And that’s basically what my week has been: the final dregs of this flu finally going away, plus a little bit of sleep deprivation, and a lot of work.

But it’s been worth it! I feel confident that next week will be smooth sailing. Also, I’m confident that I know what I’m doing in my classroom. All that poring over data has convinced me that I do, in fact, know how to teach. I understand the problems in the classroom (or at least the problems MY students are struggling with), and I have figured out a way to help them improve.

Fingers crossed they will continue to improve as this semester continues.

Now I’m off to finish grading papers and put the finishing touches on next week’s lesson plans.

I hope your week was productive (and healthy)! Hope to see you around the Rewind! Keep your eyes out for that review, and also I am going to try to write a little something on Wednesday… and maybe a little Teacher post on Tuesday or Thursday. We’ll see how that goes.

#DSFWeeklyRewind is a weekly linkup for Twitterites and other bloggers who want to share their week, perhaps with a dash of creativity, and some gratitude. Join us! And invite your friends! It is hosted by Tara over at Daisy Smiley Face.

1 thought on “#DSFWeeklyRewind: Playing Catch Up”